FOE is an acronym for Formido Oppugnatura Exsequens in the United States, Foedus Obrepit Errabundus in Europe or Field On Enemy in Japan. FOEs are like minibosses, and should not be fought the first time you enter a floor or stratum, because you would run a risk of being killed by one. FOEs tend to be much stronger statistically than all other enemies in a given strata or dungeon and should be tested or observed before risking death to kill one. A capable - or fortunate - party can defeat an FOE to enjoy its unique drops and large amounts of EXP, but all FOEs in Etrian Odyssey II do not give any EXP to enforce the fact that they are obstacles to be maneuvered around rather than fought through.

Skills like analyze or items like analysis lenses, are especially useful for understanding the capabilities of new FOEs. Another general rule is that most FOEs are resistant to status ailments and it may take many tries to land one. That aside, FOEs serve as the main obstacle to exploration, and many floor puzzles involve navigating around FOEs without trying to engage any in battle, while several stratum bosses often utilize FOEs to complicate the fight. 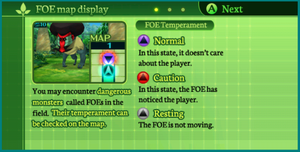 Passive FOEs appear as purple dots on the map, and are either committed to their movement pattern or normally stationary over anything else. Should, if possible, they spot the player (usually by the player getting too close and in their line of sight), they turn red and commence pursuit, chasing down the player until they either vacate the room or either party is dead. FOEs turning aggressive (or at least noticing the player) are accompanied by a signature ding. Should a player engage an FOE from behind, they get a pre-emptive round, while the FOE doing the same to the party will give it an ambush round. Note that certain FOEs are also invisible, either on the overworld or undetectable on the map, but they tend to be mercifully immobile unless they turn aggressive or are engaging the player. FOEs that have been stunned by an item, skill, or map event, are instead coloured grey.

FOEs can still move about the map in the middle of combat. Every turn commenced after the first will move all mobile FOEs as if the player had taken a single step in the map. FOEs can turn aggressive should they get close enough to the party while they are still in combat, and any FOE that moves onto the party's square mid-combat will have them join the battle. When running from an FOE battle, in Etrian Odyssey I-III, the party needs a vacant square behind them to retreat to - otherwise escape will be impossible. Should the party engage an FOE while not looking towards them, they will automatically turn to face the FOE before the battle begins, which can have disastrous results if this rotation puts their back to a wall. EOIV and all subsequent games abolish this requirement. 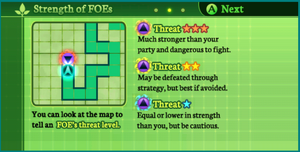 Starting with Etrian Odyssey IV, FOEs each have their own overworld model instead of being represented by a moving orb in the labyrinth. Their map symbols also gain a ring around them that shows their general difficulty compared to the party's highest level character - red rings signify the party is likely to die in a few hits to the FOE; yellow means the party has a better chance to survive; blue means the FOE can theoretically be defeated by the party, though the player should still take caution. These rings are based on the highest-leveled member of the party. All bosses have purple rings instead.

The FOE battle theme of Etrian Odyssey is called A Sudden Gust of Wind Before Your Eyes.

The FOE battle theme of Etrian Odyssey II: Heroes of Lagaard is called A Sudden Gust of Wind That Calls Death. 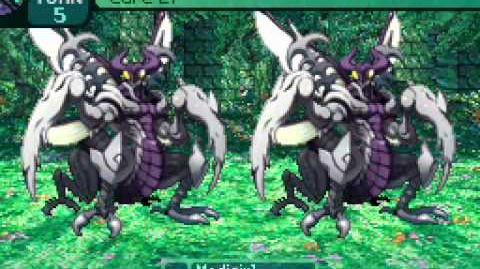 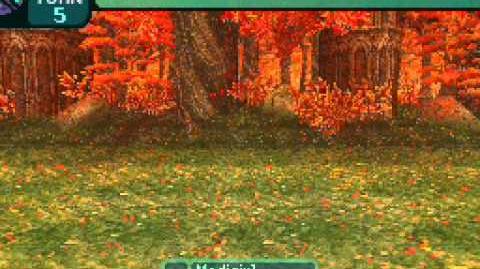 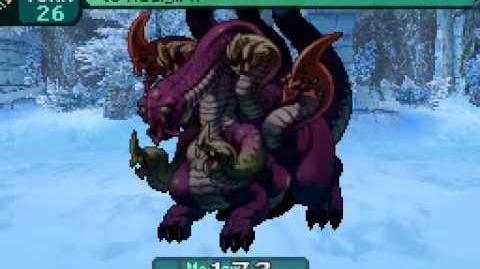 The FOE battle theme of Etrian Odyssey III: The Drowned City is called Is That Blood Thine or the Enemy's. 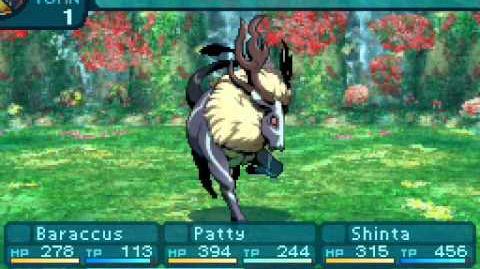 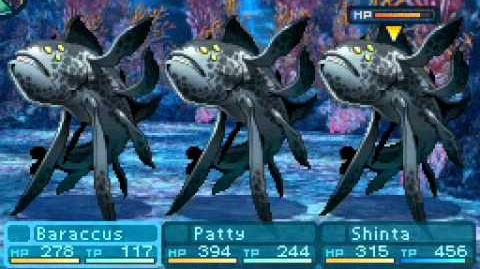 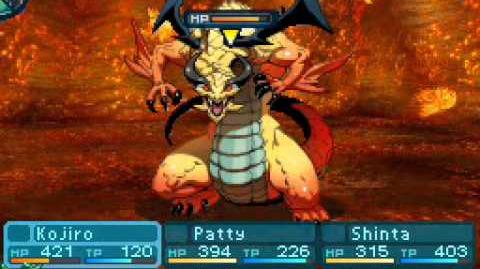 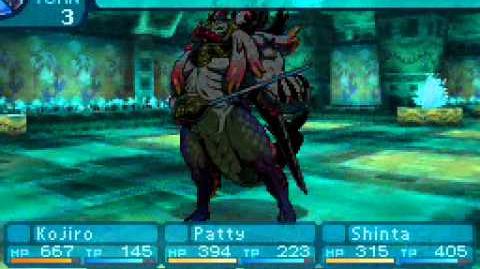 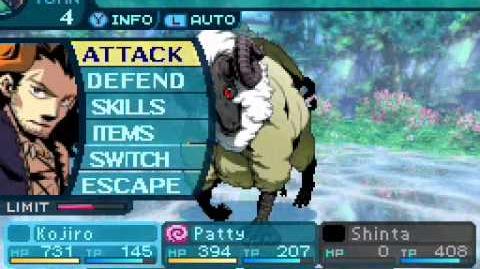 The FOE battle theme of Etrian Odyssey IV is called The Fall of the Final Enemy.