Arianna, the Princess of Caledonia, is heading to an unknown ruin, where she is to perform a ritual that takes place every century. She is to be escorted by the Protagonist and Flavio. As they venture into the first floor of Ginnungagap, they encounter Bertrand and Chloe, who were sent to investigate the ruins. The protagonist suddenly begins to experience a vision and is guided by a mysterious voice, awakening his transformation powers.

Progress in Ginnungagap is halted when they realize that a lowered bridge bars their progress. They learn from Bertrand that a member of the Guard is an expert on bridges, and head deeper into the Yggdrasil Labyrinth to find him. As it turns out, a power stone is needed to get the bridge to operate, and the only known source of one is the lair of the Chimaera. As the party slays the beast, the protagonist gets another vision as more of his power awakens.

With the power stone in hand, the bridge is repaired and fully functional. The party journeys deeper into Ginnungagap, defeating the Basilisk lurking in its first floor. However, their progress is barred until the protagonist gains more power by defeating another evil lurking in the Labyrinth - specifically, the Flame Demon. In the meantime, they encounter guild Esbat who discourage them from venturing further into the labyrinth.

After braving the second floor and Arachne the Spider Queen watching over it, the party meets with the Black Guardian, who tells them that the protagonist lacks the power needed to complete the ritual, and that another great evil in the Labyrinth must be defeated to continue. The party pushes deeper into the Labyrinth, clashing with guild Esbat and defeating Scylla that awaits at the end of the stratum. With this new power at hand, the party journeys to Ginnungagap B3F to complete the ritual.

After traversing the floor, the Black Guardian tells the protagonist that, as the Fafnir Knight, they are to leave behind the world they previously knew in order to succeed as the next Black Guardian. However, the party cannot bear to leave the protagonist alone and returns to Ginnungagap. Bertrand vanishes as an anomaly in the ritual occurs, forcing the party to stabilize the ritual and face off against Bertrand as the Demi-Fafnir. Due to the anomaly in the ritual, the system that empowered the lineage of Black Guardians, designed to seal The Calamity, has been compromised, and soon the Calamity will be unleashed upon the world once again. The party resolves to destroy the Calamity, and are told to seek the Ruler of the Heavens to get his aid.

The party maneuvers into the depths of the labyrinth, emerging at the top of the tree. There, the leader of the birdmen residing in the tree, Canaan, requests the cooperation of the party in defeating Harpuia, the Queen of the Skies, who has been terrorizing their home. With Harpuia's defeat, the birdmen grant the party passage to the floating castle above the tree.

As they enter the floating castle, the party speaks with the Overlord. He is impressed by their strength that got them this far, and pits them against one of his finest creations - the Juggernaut - to test it. With the Juggernaut's defeat, the Overlord has nothing but praise for them as he invites them to his throne at the top of the castle. They quickly discover that the Overlord intended to help them in destroying the Calamity by trying to kill and assimilate them, resulting in a fight for their lives. With the Overlord's defeat, he grants them the Elixir, and with that, the party ventures into the deepest floor of Ginnungagap to destroy the Calamity once and for all.

The silent protagonist of the game and the titular Knight of Fafnir. Has the unique ability of taking on a beastly form at will due to a phenomenon that took place in Ginnungagap.

The Princess of Caledonia, who meets the protagonist whilst heading to a ceremony that takes place every 100 years. She is of the Sovereign class from Etrian Odyssey III: The Drowned City.

A young man of the Survivalist class who is the Protagonist's childhood friend, and a member of the same expedition group. He is always cheerful, upbeat and the life of the guild. However, he is straightforward, and keeps the members of the guild in check.

A Protector, he encounters the main cast near the ruins where the ceremony takes places. He is a known slacker, which goes against his class.

A War Magus, she doesn't speak much and is completely deadpan. However, if something interests her, she will open up a bit more, though she can be outspoken.

The Minister of the Grand Duchy's granddaughter. She has trouble relating to others and is often branded as grouchy and apathetic. She is the chef of the new government funded cafe and will aid you in developing new dishes that will give the party beneficial effects as well as developing the town. 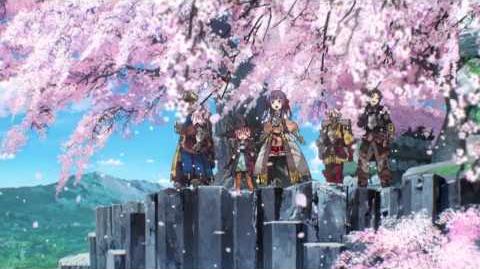 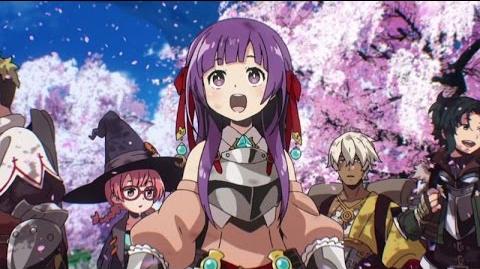 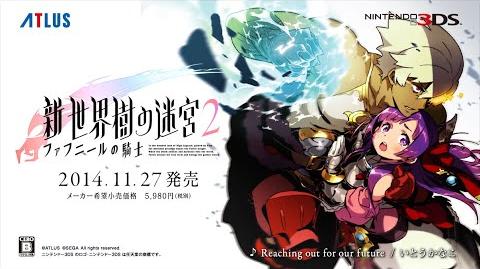 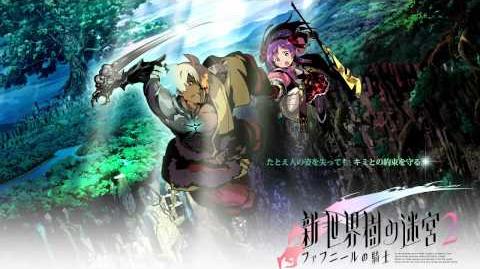 Etrian Odyssey II Untold The Knight of the Fafnir - BGM 1 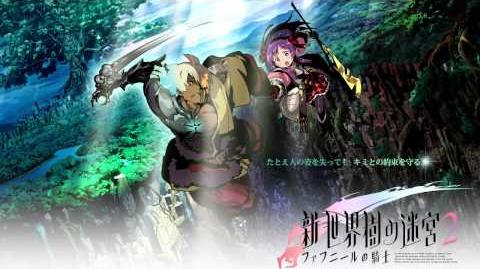 Etrian Odyssey 2 Untold: The Fafnir Knight received "generally favorable" reviews on Metacritic holding a metascore of 82/100 based on 41 critic reviews.[1]

Retrieved from "https://etrian.fandom.com/wiki/Etrian_Odyssey_2_Untold:_The_Fafnir_Knight?oldid=41052"
Community content is available under CC-BY-SA unless otherwise noted.